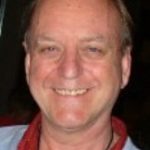 Here follows an invitation to part of a cadre or team of what I am calling volunteer “ancestral field workers!”

Let me explain my vision for Ancestral field work.  Firstly it is designed very much as a continuation of the global ancestor work we did in Ireland and attempted with less success in Austria in 2007.  I call it “global” because its aims are much larger than healing our personal family wounds and disentangling destructive patterns in our immediate ancestral morphic fields, a practice that can become, like much therapy today,  quite narcissistic.

No man is an island, entire of itself; every man [& woman] is a piece of the continent, a part of the main; (John Donne)

What I have in mind concerns the bigger picture, No man (or woman) is an island: once we truly open, either through DMP or ancestor work, to the enormous collective fields of our different races and cultures we can no longer be indifferent to memories of war, famine, addictions, sexual dysfunctions, slavery, poverty, oppression, persecution, mass migration etc that have afflicted all our histories for many, many centuries and still continue today, unabated, ,all over the world.

Spiritual politics? Why not?
When psychotherapist John Rowan reviewed my book on past lives some years ago he observed that making peace with our deeper past has political consequences. He was right. This work is a kind of “spiritual politics”; it is for “the healing of nations” to quote the Bible.

I personally have Malidoma Some’s power and clarity to thank for urging me to seize this “new work” It was this passage below in Of Water and the Spirit about the sheer poverty of our connection to our ancestors and the deep shame we carry around them that started to wake me up to the enormity of the task we face:

It is my belief that the present state of restlessness that traps the modern individual has its roots in a dysfunctional relationship with the ancestors.  In many non-Western cultures, the ancestors have an intimate and absolutely vital connection with the world of the living. They are always available to guide, to teach, and to nurture, They represent one of the pathways between the knowledge of this world and the next. Most importantly—and paradoxically—they embody the guidelines for successful living—all that is most valuable about life. Unless the relationship between the living and the dead is in balance, chaos results. When a person from my culture looks at the descendants of the Westerners who invaded their culture, they see a people who are ashamed of their ancestors because they were killers and marauders masquerading as artisans of progress. The fact that these people have a sick culture comes as no surprise to them. The Dagara [his tribe] believe that, if’ such an imbalance exists, it is the duty of the living to heal their ancestors. If these ancestors are not healed, their sick energy will haunt the souls and psyches of those who are responsible for helping them.

There is no question in my mind that what Jung called the “collective unconscious”, the Vedantists termed the akasha, and the Hermetists called anima mundi, the world soul, is clogged and heavy with so much misery and unpurified psychic residue from the strife, sorrow and guilt accumulated over many centuries. At the same time, as Dunderry  and Graz showed. I believe that groups of dedicated people like ourselves can do much to lighten this collective density, this cloud of tears, this ocean of lost souls, for the greater good and healing of the planet.

The Campinas Experience; Katrina & the London bombings
What is possible when dedicated groups like us take this task seriously was brought home to me two years ago at a Transpersonal Psychology Congress in Campinas, Brazil.  Nearly one thousand people were present on the opening morning when I was about to start a lecture. The previous night, red-eyed and just off a plane from the US I had just heard and seen horrendous footage about the Katrina disaster in New Orleans; I barely slept, my mind literally “flooded” by images of so many lost souls; I wept and wept for them.

Only a month earlier I had just vacated a small apartment in Russell Square, London, just one block from were that bus was blown up. I missed the attack by 3 days. But my beloved daughter, Claire, visiting me in London stayed on. She just missed being on the King’s Cross Underground train that was bombed—by one hour!  I had not realized how much these events had troubled me. They were a kind of wake-up call. I could not begin the lecture.  So I asked the audience—which I knew would have a large proportion of Spiritists and healers among them, to meditate with me on these disasters.

Using the “bardo” work developed in DMP as a model, I led everyone on a “journey” to first New Orleans and then to London.  I asked them to “imagine” diving under the water and the collapsed houses and levees and look for lost spirits trapped and confused and to point the way to the light for them. I asked them to call all the ancestors from all races and colours to help. I then guided them to London, to go into the Underground tunnels, to look for lost  and terrified spirits and similarly re-direct them upwards to the realms of spirit and healing.

The whole meditation lasted no more than 10 minutes, but I had the mass of nearly 1,000 dedicated and loving helpers “journeying” with me.  Many came up afterwards and thanked me for the power of the event. But I had only done what to me seemed obvious.

Some of you already know this type of work as “psychic clearing” that can be done by dedicated individuals such as yourselves.

But I believe that the time has come to form our own community of healers to do even bigger and more effective work when and where called for. The need for this is around us all the time, and alas may grow greater as we seem to spiral towards even greater catastrophes, manmade and natural.

I want to see if between us we can form a group of dedicated “ancestral field workers”  gathering all of you who found from one of my workshops or previous experience that you can channel benign help from the ancestors and speak to and help redirect the masses of lost spirits now clogging the anima mundi world-wide, from all these wars and disasters.

**A reference to the recent British law that prohibits psychic & mediums from advertising their work publicly unless they describe it as “entertainment”  Welcome to the enlightened 21st century!