was a Jungian analyst, regression therapist and lecturer with degrees in psychology, religion and philosophy from Oxford and London Universities. He trained as an analyst at the C.G. Jung Institute, Zurich. Born in England, Roger Woolger lived and taught Jungian and transpersonal psychology and comparative religion in North America and England. He has been a Guest Professor at Vassar College, where he gave the Mary Mellon Memorial lectures in 1988. He  also was a Visiting Professor the University of Vermont (1975) and Concordia University, Montreal (1979-80). He led workshops at the New York Open Centre, Esalen Institute and Omega Institute, and lectured at a broad range of conferences internationally.

A gifted psychotherapist and teacher, Roger Woolger had the ability to bring people through deep transformative experiences with deep compassion creating an atmosphere that is safe and contained. In addition, he had an extraordinary (and much commented upon) ability to illuminate the broader spiritual picture---everything from Sufism to Western mysticism to Shakespeare–-teaching with humour through poetry, music, story and meditation

Roger Woolger's first book, Other Lives Other Selves, (Doubleday, 1987) is an innovative synthesis of Jungian depth psychology, bodywork, yoga psychology, psychodrama and eastern meditation principles.  It broke regression therapy out the narrow confines of hypnotherapy and talk therapy giving it embodiment and lived experience through psychodrama and bodywork. Rooted in yoga concepts of the subtle bodies and shamanism, and drawing upon Tibetan teachings about death and transition through various bardo or intermediary states, his method is a major contribution to transpersonal psychotherapy.

Other Lives Other Selves, (1987) is one of the most influential works in the field of regression therapy and has been translated into German, Dutch, Spanish, Portuguese, French, Italian and Japanese. More popular versions of his work areHealing Your Past Lives (2004) and Eternal Return (Audio-book, 2002). A definitive presentation of his work appeared in the foundational text Regression Therapy: A Handbook for Professionals by Winafred Blake Lucas (1993). He has a chapter in Transpersonal Psychotherapy. (ed) Seymour Boorstein, CA, 1996.

During the last decade Roger’s work has continued to evolved into the highly original therapeutic tool which is called Deep Memory Process®.  He discussed and demonstrated his work on American, Canadian and Italian network television, in 2011 he appeared in a PBS special in the States.

Roger Woolger ran training programs in DMP for therapists in Britain, North America Portugal, Austria, Turkey and Greece, also teaching professionals in Holland and Romania. He also ran a series of training programs throughout Brazil where in 1996 he was a keynote speaker at the International Transpersonal Psychology Conference in Manaus hosted by Stanislav Grof.  He also presented at the First World Congress for Regression Therapy in Holland in 2003 and the Third World Congress in Rio de Janeiro in 2008.  Roger Woolger was also an acclaimed keynote speaker at first Brazilian Transpersonal Congress (ALUBRAT) in Lindoya (2002) the following year and at the Third international Conference in Lisbon (2003). He again slectured at the sixth ALUBRAT conference in Lindoya in 2010.

Roger Woolger was a well known teacher in Britain, having appeared in 1966 in the Channel 4 television series Transformations and in various other television programs.  In 1997 he gave a much noted talk The Presence of Other Worlds in Psychotherapy and Healing at the Beyond the Brain Conference co-sponsored by the British Scientific and Medical Network and the Institute for Noetic Sciences (California) hosted at St. John’s College, Cambridge University. This talk was the fruit of a lifelong study of the perennial philosophy and the mystical traditions of Christianity and Sufism and reflects how his practice of psychotherapy was early on shaped by the practice of Buddhist vipassana meditation and the mysticism of Simone Weil. The talk in question was later published in Thinking Beyond the Brain, edited by David Lorimer. (later translated into Portuguese and German.)

In 2004  at a Conference sponsored by the Royal College of Psychiatrists called Beyond Death: Does Consciousness Survive? he lectured on Beyond Death: Transition and the Afterlife

In 2004 Roger Woolger hosted MalidomaSomé in a widely acclaimed conference on Voices of the Ancestors in London.  This was followed in 2005 by an equally popular conference called Mary Magdalene: Priestess, Apostle or Goddess? to which he invited noted Magdalene, Gnostic and Goddess scholars Susan Haskins, Tim Freke, Lynn Picknett, Anne Baring  and Caitlin Matthews.

In 2005-6 Roger Wooger gave a series of popular seminars near Oxford entitled Mystics, Gnostics, Psychics and Shamans, and well as a later foundational seminar on C.G. Jung. In Search of the Self and the Hidden Christ  Then in 2007-8 he gave the highly acclaimed lecture/seminar Mystical Body, Man of Light: The Lost Secret of the Cosmic Christ to the Oxford Jupiter Trust and the Canonbury Centre for Masonic Studies.

Between 2006—2008 Roger Woolger helped establish the International Deep Memory Association (IDMA), through which he had helped hosted a number of international Spiritual Healing Conferences: Regression and Shamanism (Portugal: 2006) andWar and Human Memory: Soul Loss and Lost Souls (Austria: 2007), Exile and the Longing to Return (Ireland, 2008) andThe Sacred Marriage of Body and Spirit (France, 2009).

In April 2008 Roger Woolger opened in Salvador and Brasilia the InstitutoWoolger para a Psique e as TradicoesEspirituais for Brazil  where he taught two extended seminar series on Jung: in Search of the Soul & the Hidden Christ and Mystics, Gnostics, Psychics and Shamans.

In spring 2009 he inaugurated the London based Institute for Psyche and Spiritual Studies and co-presented The Mystical Marriage of the Soul with Jungian analyst and author Anne Baring. In the autumn of 2009 the Institute hosted a conference on Jung, Goethe and the Politics of the Spirit with Paul Bishop Ph.D. and Leon Schlamm, Ph.D.

Roger Woolger also taught literature, published articles on dream work and meditation and has given film seminars on Fellini, Bergman and Cocteau. He also ran two mini film festivals in Salvador and Brasilia in 2010 on Jung and Fellini. In earlier years he was an amateur Shakespeare actor and literature teacher. His popular second book, The Goddess Within (Ballantine, 1989) written with Jennifer Barker,  is an in depth exploration of feminine psychology as mirrored in the myths, conflicts and wounding of the Greek goddesses; it draws upon Roger’s scholarly knowledge of  Jungian writing, the history of religion and feminist revisionist history. This very entertaining book has had much success in the US, Germany and Brazil (as A Deusa Interior).

A lifelong interest in the Grail legend and the esoteric spirituality of medieval Europe has inspired Roger to lead several extraordinary tours to sacred sites in the South of France, to troubadour and Cathar country; sites of Black Madonnas and the Magdalene.  His talk The Holy Grail; Healing the Sexual Wound in the Western Psyche was published on CD in 2010. 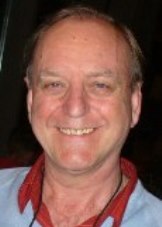